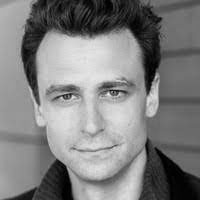 David has been part of the ensemble at the Acadia Rep and a lover of MDI for the last 20 years. He was last seen on the island in 2019’s summer production of THE ICE FISHING PLAY. Favorite Acadia productions include FULLY COMMITTED, TUESDAY’S WITH MORRIE, PROOF, THE PAVILLION, ON GOLDEN POND, THE DAZZLE, SHERLOCK HOLMES AND THE CASE OF THE JERSEY LILY, and MAIN STREET. Other work: When You Comn’ Back RedRyder (Retro Productions) One Allotted Hour (Serious Collective), Henry V (Commonwealth Shakespeare), Waiting for Godot (Gaity, Dublin, Ireland and Blackman, Boston). Look for him in the web series Conversations from the Afterlife and listen for his voice as a Mainer in the thriller short, The Damn (streaming on Amazon). Training: William Esper Studio.

No posts to show!